One of the most recognized and loved families of Bigg’s killer whales, the T65As, has a new calf!

T65A6 was first seen in Puget Sound on April 10, 2018 swimming in the slipstream of T65A, surrounded by older siblings. The calf appeared to be only days old when first seen and it was only a few days later that the family made an appearance in the San Juan Islands.

Guests and crew on our whale watching and wildlife tour on Sunday, April 15th, 2018 were treated to an extraordinary visit with the T65As as well as the T49As (including approximately 6-month old, T49A5), the T36As, and the T123s. In total there were over fifteen whales traveling together!

Mom, T65A, was born in 1986 and was an infrequent visitor to the Salish Sea until the last ten years or so. With the addition of T65A6 she has five surviving offspring making her one productive mom! We are excited to watch the newest member of the Bigg’s killer whale community grow up! 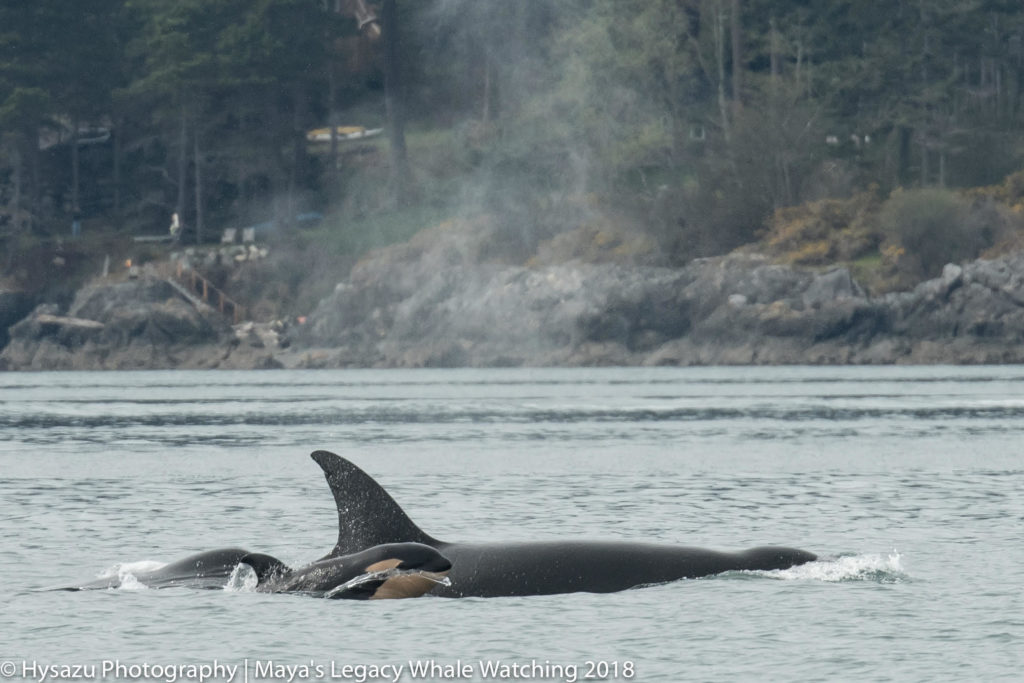