Known to researchers as T2C, this Bigg's (Transient) killer whale mother of four comes from a matriline of whales who have been seen in these waters for decades. Though they often spend their time around Campbell River, BC, we saw them in 2017 more often in the San Juan Islands than previous years. We've already seen them quite a bit around San Juan Island on our whale watching tours in 2018, including multiple sightings this week. They are one of our favorite families of orcas because of their storied past and their visible display of the deep family bonds common in killer whales.

A Unique Family of Whales


The T2s are a matriline left broken by an era when killer whales were captured in the waters of the San Juan Islands and Salish Sea. The T2s surviving members have persisted in spite of that history.

In the 1960s and 1970s the orcas of the Salish Sea were targeted by many who wanted to capture and sell them to marine parks throughout the world. The T2 matriline was one of those families affected.

One thing that set the family apart was the presence of a “white whale”. This individual, T4 (later to be named “Chimo”) was a female suffering from Chédiak–Higashi syndrome, which caused her leucism and also left her with a compromised immune system. She was captured and displayed at Sealand of the Pacific for two years before she died.

T2, mother to T2C, was also captured but eventually managed to escape alongside T1 “Charlie Chin” when someone sunk the net nearly seven months after they had originally been captured.

T2B and T2C still survive to this day though they do not travel together. T2B is usually seen with one of two unrelated Bigg's orca family groups. Often times this orca family of five, upon first inspection, will appear to be a family of four. That’s because one of their members, T2C2 “Tumbo” often lags behind his family, sometimes by as much as a mile. The 12 year-old suffers from scoliosis and is slower than the rest of his family.

The condition could possibly leave him less successful at hunting but his family doesn’t let him go hungry. When they make a kill they often wait for him to catch up and share their meal with him. It’s a testament to their bond and compassion that he has survived as long as he has.

This bond is quite visible almost every time we encounter the T2Cs on our whale watching tours. We often see the rest of the family stop and wait for T2C2, or sometimes one or all of the orcas in the family will go back to be with him as they travel.

On one of our whale watch trips in 2017, we were able to hear T2C2 vocalizing with his family as they traveled ahead of him. You can listen his vocals we recorded on our hydrophone by clicking play below:

We saw the T2Cs on our whale watching tour again today. It was incredible to see their deep social bonds and family relationships on display as T2C2, Tumbo, waited at the surface, completely still, as his family hunted harbor seals. Once the hunting was over, the family swam over to waiting Tumbo to bring him food before they all traveled on together.

We always look forward to seeing the T2Cs  and sharing their story with our guests. If you'd like to join us, contact us by phone at 360-378-7996 or email us at info@sjiwhalewatch.com . We have whale watching tours departing daily from 2 locations on San Juan Island: downtown Friday Harbor, next to the ferry landing, and from Snug Harbor Resort on the west side of San Juan Island. 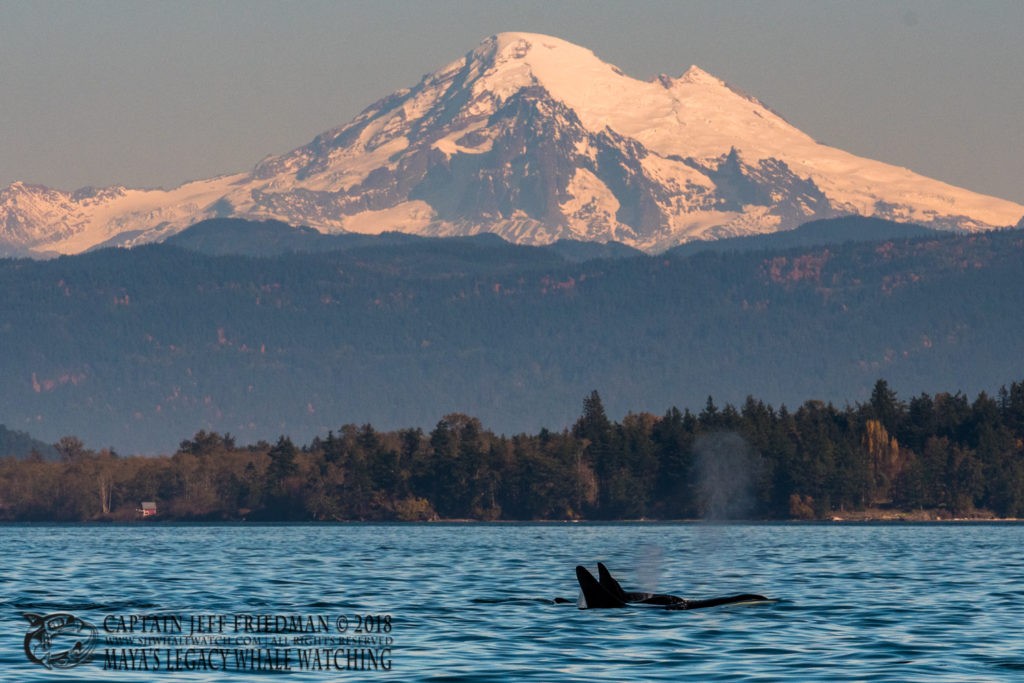 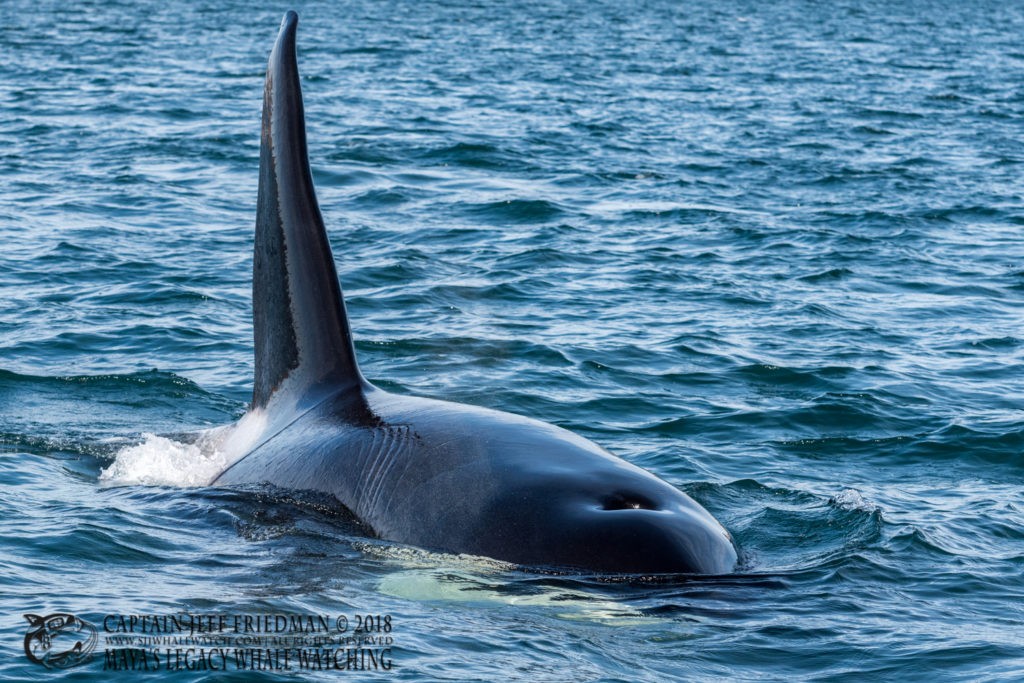